The Faith in the Community Event at the Town Hall on 21st November 2013 has been judged a great success, with almost 100 people attending. There were 17 stalls from different faith groups and other organisations. The speeches by Chief Supt. Matt Bell and Cllr. Lib Peck were both very good, as were Saleha Jaffer speaking more briefly about the Health and Belief project and Elizabeth Maytom about the Foodbank. The Council's support was crucial and we are deeply grateful for the interest taken by Cllr Lorna Campbell. 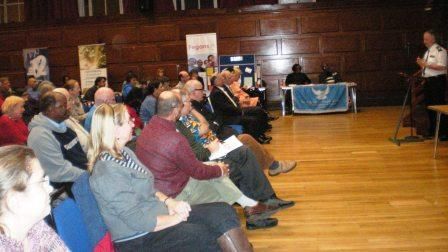